Daniele Bonanno, housemaster at Oakham School, explains how his dog, Charlie, brings "life, light and love" to the boarding house.

Many is the time when a boy appears at my door for a chat and a bit of solace. It could be a falling out with friends, a break-up, homesickness, or just life getting a bit much. Regardless of the reason, my wife and I now have a fairly well-rehearsed routine that goes something like this: the boy sits down on the sofa, I go to get them a drink and a tissue, my wife then whispers the oft-repeated question to me – “Shall we send in Charlie?”

Charlie, a Terrier-Spaniel, has been our faithful canine companion for the past 9 years and ‘Sending in Charlie’ is just one of the ways he brings life, light and love to our boarding house. If a boy is finding it hard to control the tears, Charlie hops up on the sofa next to him or snuggles between his feet and brings a little warmth and comfort. A few strokes later, Charlie has given the boy something to focus on as he talks through what is on his mind.

For some, Charlie reminds them of home and lets them speak about their dogs and talk openly about their life. For others, the chance to give a dog a hug is enough to help ease any pain and slow the heartbeat, bringing them back their calmness. There is one boy who just likes to sit in silence with him and regroup for a few minutes before heading back out to tackle the rocky world of teenage-hood. One might call this his own, dog-focused mindfulness session.

One of the greatest aspects of having a dog in school is his ability to open and nurture pupils’ emotions in ways that the plain old classroom can’t. When a dog wanders into the room, boys cuddle, stroke and coo over him, in ways you just don’t see from their day-to-day personas. Boys whose reputation is built on aloofness suddenly allow their visage to drop and let their peers and teachers see something of their true, loving self. For them, the chance to show a little love (whether they know they are doing it or not) is wonderfully nurturing for the soul.

The many benefits of having a dog around are not limited to just the students. When I first ran a boarding house, having my dog around me reminded me of who I was and what I valued, encouraging me to retain my true self in front of the pupils, rather than allowing a rigid teacher-persona to take over. For pupils, seeing a member of staff with their dog (or child for that matter) humanises them and gives them a connection or topic of conversation upon which to build a healthy rapport.

Sometimes, however, having a dog around simply adds a bit of excitement and unpredictability to children’s days. Once upon a time, Charlie decided to wander off and go walkabout on the School fields. One boy heard of his escape, who passed the news on to another, then another, then another. Before long, almost the whole house was out searching behind bushes, around the Sports Centre and down the road in a show of unity and camaraderie that we had not yet witnessed from this group. Of course, we found him wandering back home happily about 10 minutes later having a whale of a time and wondering what all the fuss was. For some of the boys in the Sixth Form, it was the first game of hide and seek that they had played for a long time! 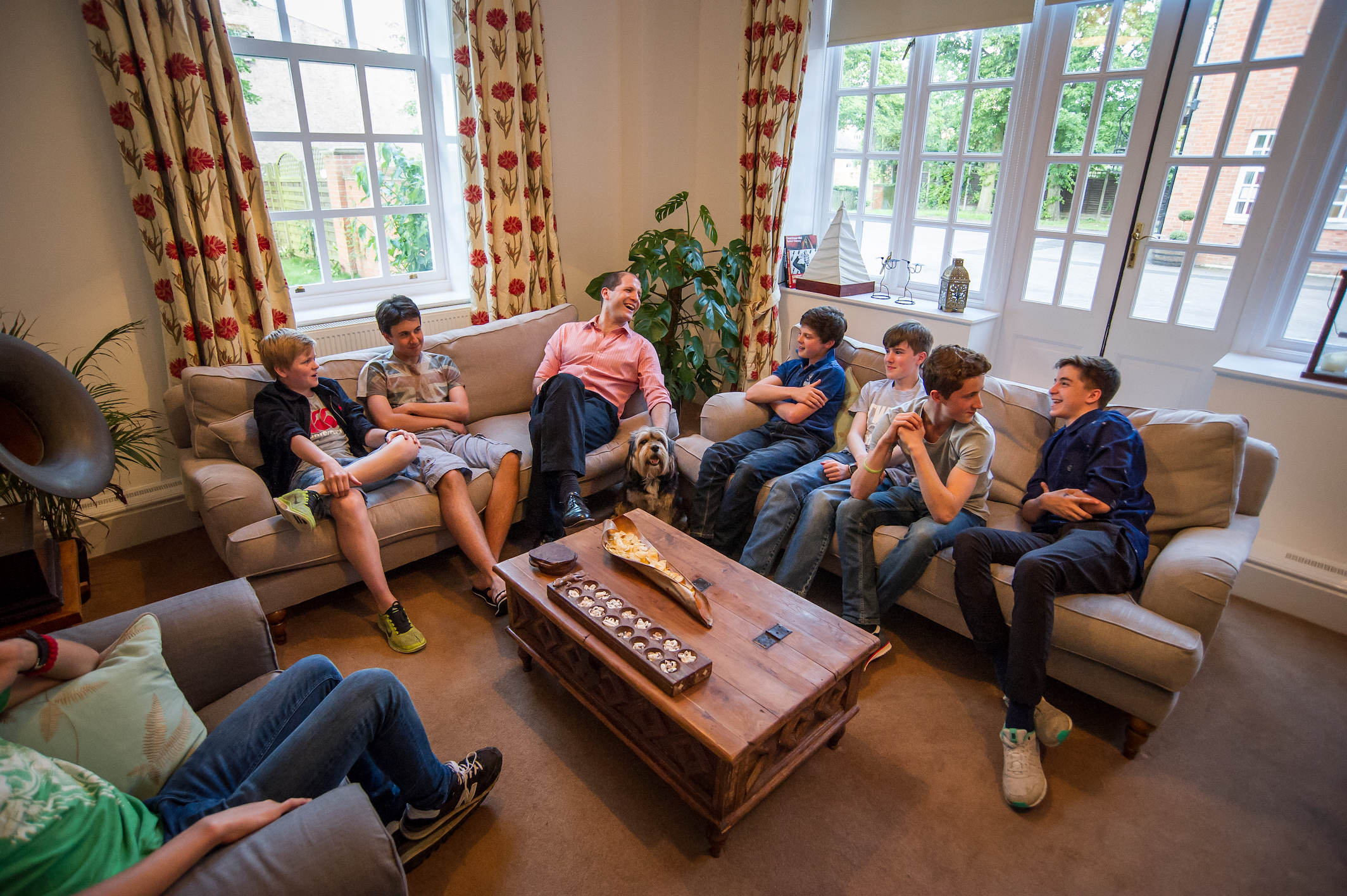 Daniele Bonanno is housemaster at Oakham School in Rutland.