Tom Shimell, assistant head (partnerships) at the Royal Grammar School in Guildford, reflects on the lessons he has learned about effective partnership working during lockdown.

As the summer term marches on with our schools still dispersed, ‘normal’ still disrupted and ‘new-normal’ becoming a delight/drag* (delete as applicable), I thought it worth reflecting on whether I have learned anything new about partnership working during the last three months. Following initial pessimism, I have realised that reaching out in times of difficulty, belief in our communities and following the breadcrumb trail were all that was required to reinstate my optimism.

I will freely admit to feeling thrown in March with the steady decline into lockdown as we increasingly cancelled activities which had been planned for months. Everything gone: our weekly Tudor Experience days for primary pupils, the String Scheme teaching and concerts, sixth form pupils volunteering in local primary schools and care homes, staff teaching in other schools… all cancelled with immediate effect and no end in sight. Of particular frustration to me personally was the loss of several events in the first year of the Guildford 11-19 Partnership’s IMAG (Interested, Motivated and Able Guildford) programme.

At first, this felt like a blessing as we all grappled with online live teaching with seemingly unending digital planning and marking. However, this internal focus started to niggle – yes, we had donated our science safety glasses to our local hospital and our tech department were making PPE visors but, beyond this, I had nothing – surely we should be doing more? The problem was, I had no idea what.

My first lesson came from my inspirational colleague Dale Chambers, who with his team resurrected the RGS String Scheme at St Thomas’, Sandfield and Boxgrove primary schools with a move to online video lessons to the delight of pupils, sponsors at the IIMF, CFS and SPM, and (possibly) parents. He also arranged for online samba lessons at Guildford Grove and Loseley Fields primary schools with partner Inspire Works. Hours of work, help from family members and support from our tireless IT team proved that partnership activity could, and indeed should, continue.

Then the gods of reciprocity stepped in and taught me my second lesson. Just before lockdown, I had approached Guildford County School following some hearsay (classic friend-of-a-colleague-via-a-pitch-side-conversation) regarding a need for additional chemistry teaching, and I offered my services. A couple of crazy weeks bombing across town on my motorbike racing from one lesson to the next ensued. Although difficult, working in this outstanding school was professionally and personally refreshing and, dare I say, fun. With the onset of lockdown, the obvious solution was for me to move online and three months later I am still teaching the Year 10 class. The opportunities for sharing staff and educational opportunities now and in the future are immense, however my lesson was about reciprocity. I have always maintained that reciprocity does not mean equal exchange and that you rarely get back what you contribute and this was a case in point: my actions had not been part of a grand plan but merely to meet a need; what came back was a wonderful breadcrumb which led to another and another…

Since I was receiving the other schools’ communications, I found out about the incredible Great Guildford County Food-Drop which they had devised working with the Guildford Salvation Army to supply vulnerable families with essentials. It seemed daft to reinvent the wheel, so I asked if I could advertise the service to our community to join forces and within a week our families were donating – one pupil even got their whole street involved. Which got me thinking – with such a large catchment area perhaps we could support other organisations too. I started calling other headteachers to ask about food donations, which brought the second breadcrumb and taught me my third lesson.

We well know that communication and relationships are vital for partnership work, but we must also listen for the unexpected. I phoned the headteacher of Kings College in Guildford, with whom we have a close working relationship as part of our partnership with the Guildford Educational Partnership MAT, to talk about food bank donations – however, we ended up discussing the trials of online teaching and lack of IT devices for pupils. On this next breadcrumb, an idea started to crystallise and, just before half term, I launched the Devices for Kings scheme to our community. The response was positive, wonderful and affirming, and within two weeks we were able to donate over 35 laptops, tablets and desktops to Kings. We’re still collecting, with over 50 now donated, and, following contact from another friend-of-a-brother-of-a-colleague, are also trying to realise a #Tech4Teens initiative with IT agency Vitamin London. We’ll see where that leads…

My fourth lesson came via the messages of thanks from Kings. Mr McKenzie, headteacher at the school, commented that: “I cannot over-emphasise how much of a difference they will make to our families…and my certainty in the kindness of people grows ever stronger.” This chimed and drew together the many email exchanges and conversations I have had with our parents, staff, pupils and strangers… that message of kindness. People want to help, to get involved and to work together but so often in ‘normal’ life this desire is frustrated by hectic schedules or lack of obvious opportunity. The need for altruism in our ‘new normal’ has given me greater confidence to seek and advertise opportunities, and this can only be beneficial for partnership projects.

William Pollard, English Quaker minister, is credited for saying that “Learning and innovation go hand in hand. The arrogance of success is to think that what you did yesterday will be sufficient for tomorrow.” I have often worried that I am not innovative enough but my learning from lockdown is that innovation flows from learning. Who could have predicted that delivering visors to care homes would have led to pupils recording virtual concerts for residents which would have led to them requesting no-touch tools and our pupils making them on 3D printers at home? Not me. Weirdly, being stuck in my own home brought into sharp focus that facing out, being open-minded, and talking and listening are the source of great ideas… all we have to do is follow the breadcrumbs. 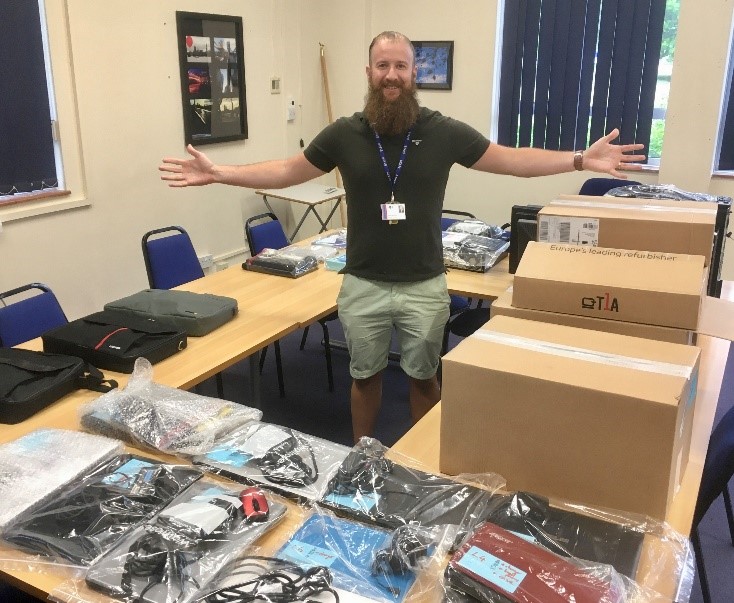 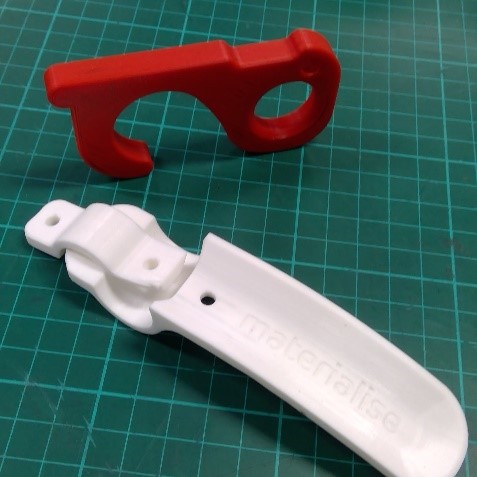 No-touch tools created by a pupil 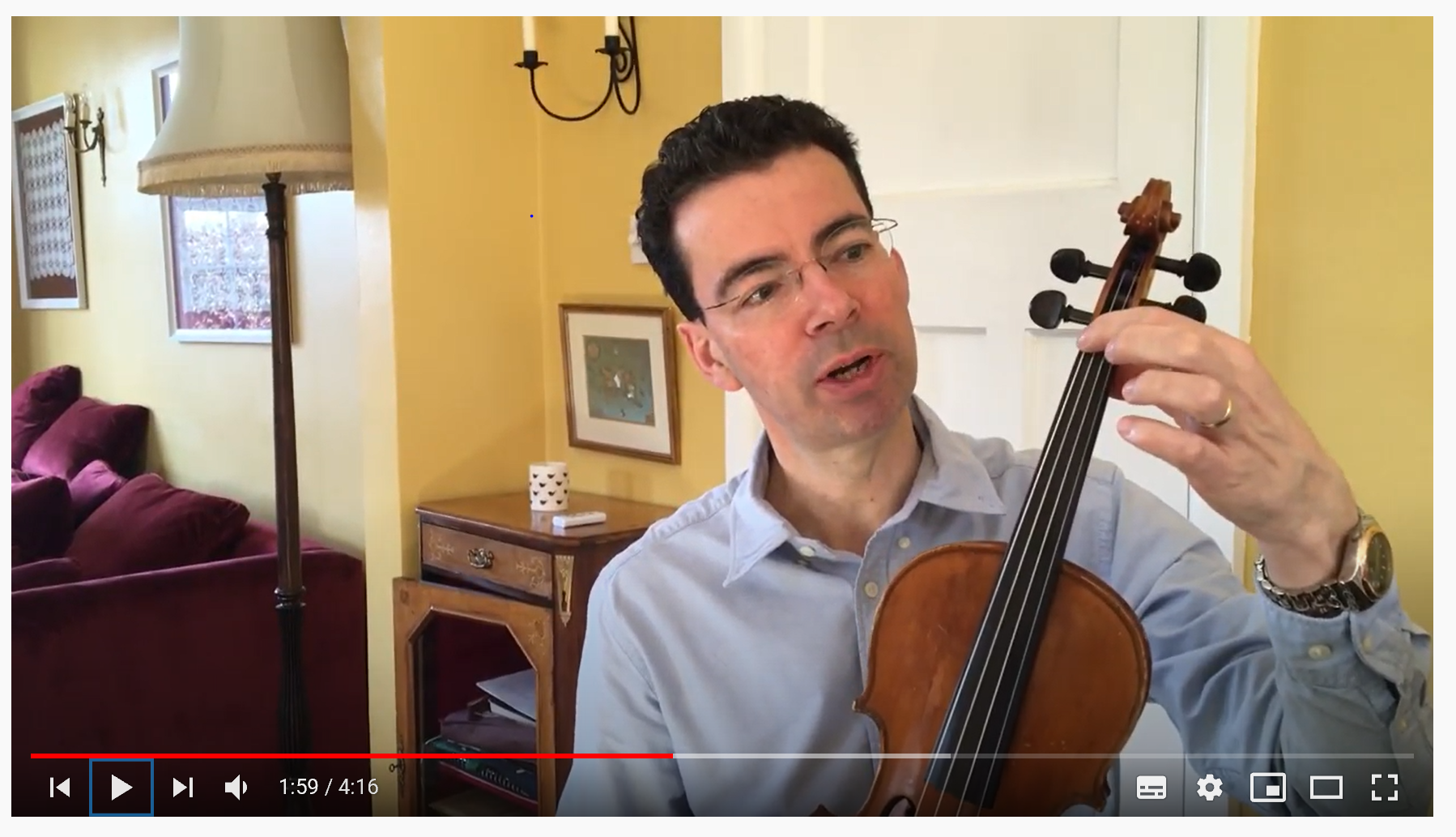 Tom Shimell is assistant head (partnerships) at the Royal Grammar School in Guildford.