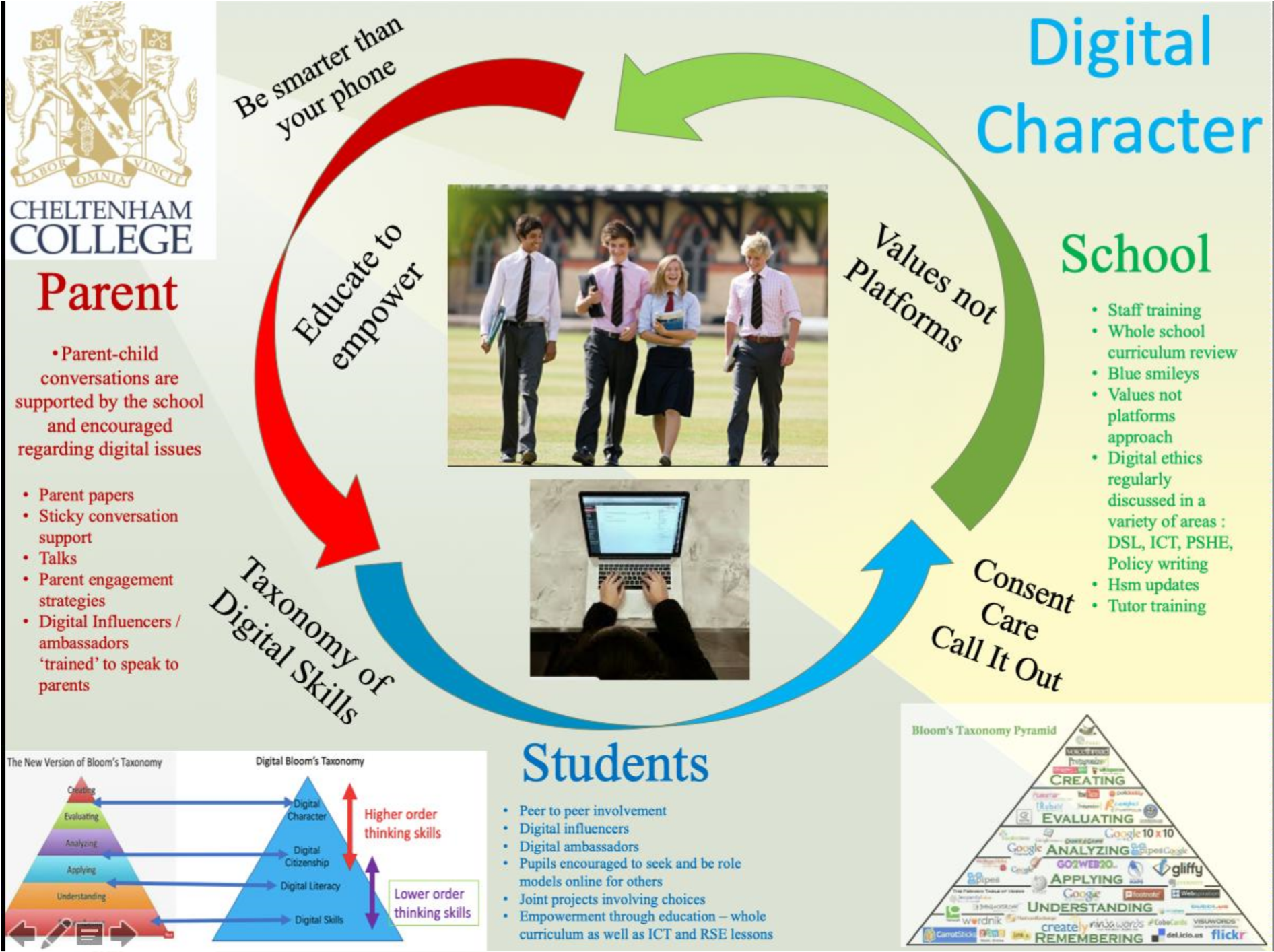 “To educate a person in mind and not in morals is to educate a menace to society” (Theodore Roosevelt quoted in Lickona, 1991, p.3)

By appointing a Head of Digital Character, Cheltenham College has adopted a progressive approach to educational issues encountered in the digital world. As schools look to cultivate resilience and grit they should also look to do the same with regards to digital intelligence and character among students and staff. This means encouraging intellectual and moral virtues, principled interdependence and personal flourishing using digital tools. In much the same way as emotional intelligence is not only concerned with knowing what emotions are, digital-intelligence should not be solely concerned with knowing about coding or the functionality of computers. Inspired by the notion that ideal character traits need nurture in order to become better established, the #digitalcharacter project at Cheltenham College aims to develop student moral character in an online setting. It empowers staff to do what they do best; reframe the ideas and skills relevant to their subject in order to bring challenge to the world inhabited by those they teach. The project does not seek to bring the digital world into learning, but rather the learning into the digital – rehumanising the potentially dehumanising aspects of a cyberworld. Its purpose is not only to improve digital literacy among staff, parents and students, but also to develop an understanding of digital ethics and the way technology impacts upon personal development and values. Ultimately, Digital Character Education bears on a wider philosophical question “Who am I?” in the face of our technological age.

Digital Character combines aspects from Character Education with the increasingly digital contexts in which schools and individuals find themselves. Its reach is beyond the specific RSE / PSHEE curriculum and impacts all aspects of school life. The approach is influenced by established philosophical and educational approaches including neo-Aristotelian Virtue Ethics, Maslow’s Hierarchy of Human Need and Bloom’s Taxonomy, reframed within a digital context. This is delivered through a parental engagement programme, staff CPD and student development, including a range of tasks and talks. Significantly, the programme goes beyond these standard modes of delivery, and, following a curriculum review, digital character values are embedded in every subject taught in the school. It also extends beyond academic disciplines and into pastoral provision.

The scope of the #digitalcharacter project means that it exceeds teaching ‘digital well-being’ or ‘digital skills’, and instead aims to develop Digital Intelligence and Digital Character (Virtues) instead. This approach challenges certain criticisms of selfishness or narcissism sometimes levelled at young people using Social Media in which they are portrayed as members of a “Selfie Generation” or “Generation-Me”. In Digital Character Education, students are nurtured to flourish, not simply in order to function well online, but in order to become role models and act as part of a wider community of care in all contexts.

In addition to simply being able to use technology more wisely, it sets out to equip young people with the ability to make ‘good’ choices in an online environment, and to have an appreciation of connected ethical issues. Inspired by the Aristotelean notion that ideal character traits need to nurtured in order to become established, Digital Character Education aims to develop moral character in both online and offline settings. It is about adopting a ‘Values not Platforms’ outlook to decision-making.

The implications are potentially far-reaching: students within the education system at the moment may be working in Silicon Valley in the future or in related and influential professional fields. The Independent Sector arguably has a responsibility to empower students to be able to make the right decisions so that they are not ‘by-standers’ (unwitting or otherwise) when faced with issues such as datafication, fake news, toxic masculinity, objectification, trolling and cynical advertising ploys. Digital Character Education applies to their lives now, as well as their career choices and leadership roles in the future.

Last year’s smaller trial of #digitalcharacter involved Inset training, Learning Lunches, and a collaborative staff-student Instagram project. It promoted awareness of the issues around digital ethics, mental health and wellbeing, as well as providing an online space in which students could practice and demonstrate character values. The Instagram account proved so popular that 81% of the school population ended up as followers. After this success Rebecca’s role promoting Digital Character Education has increased and she now works closely with the Senior Deputy Head, the Academic Dept, the Pastoral Dept, and the DSL team, in both the Prep and Senior Schools of Cheltenham College. The project has expanded to include a more holistic approach to both pastoral and academic input, with involvement from parents, teachers and students.

In summary, the pilot Digital Character Education projects run at Cheltenham College aim to encourage students to develop both moral and intellectual virtues, thereby establishing themselves as part of a community of flourishing in all aspects of life, both ‘real’ and ‘online’. 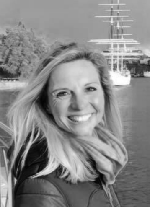 The ISC Digital Strategy group is composed of experts with representatives drawn from the ISC member associations and provides independent advice to Senior Management teams on a range of ICT related issues.